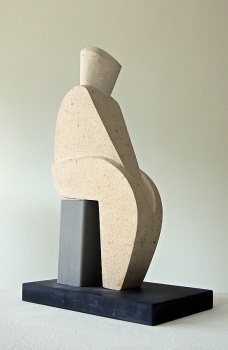 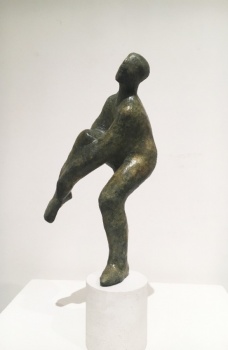 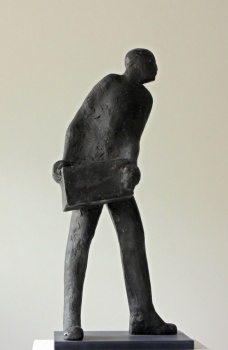 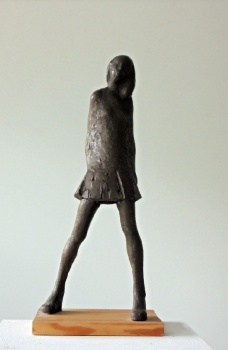 THIS EXHIBITION HAS NOW CLOSED, HOWEVER WE CONTINUE TO EXHIBIT A SELECTION OF SCULPTURE BY THIS ARTIST.May - 15 June. Neal French creates figurative sculpture based on people doing ordinary, every-day things. His work encapsulates the essential characteristics of his subjects with abstract, pared-down forms. In the past 18 months, his work has become increasingly focussed on groups of people and the subtle interactions between them. Private View: Sunday 26 May, 11am-1pm, followed by usual gallery hours or by arrangement.

Neal studied ceramics and sculpture at the Royal College of Art under Arnold Machin. From 1958-72 he was Staff Designer and Acting Chief Designer at Worcester Royal Porcelain Co Ltd. He subsequently became Head of Ceramics &?3D Design (1972-91) at Hornsey College of Art (now Middlesex Polytechnic), where in 1988 he was appointed Deputy Dean of Art and Design.

Born in Chelmsford, Essex, and now living and working in Norfolk, Neal French has undertaken numerous commissions for private and corporate clients and public bodies, including: 'Twiggy and Terence Donovan' for Grosvenor Estates, Mayfair, London; The Dereham War Memorial, Norfolk; 'The Bakers' for Kerry Foods, Spalding, Lincolnshire; 'The Painter' at Wickford Shopping Centre, Essex; and seven life-size figures at the Village Hall, Saracen's Head, Lincolnshire. His life-sized bronze, 'known as 'Fruit Picker', commissioned in 2014 by Tiptree Parish Council, can be seen outside the Community Centre in Tiptree.

Neal French is a Fellow of the Royal Society of Sculptors (FRSS), and an elected member of Society of Portrait Sculptors.
Neal French
Male Figure (18)
Stone
Price: £995