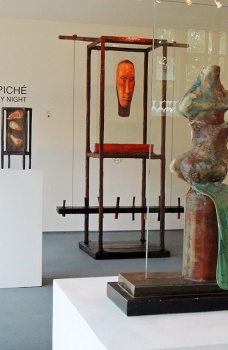 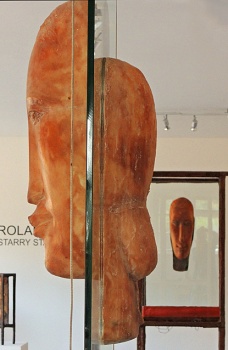 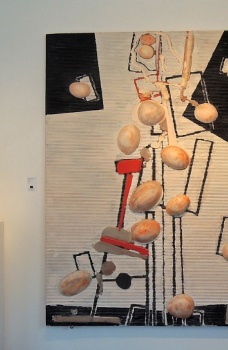 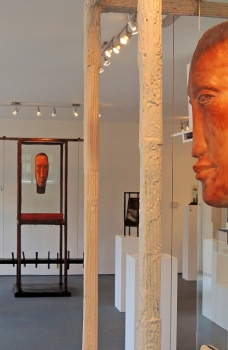 This exhibition has now closed, however we continue to exhibit a selection of work by this artist.

15 Sept - 12 Oct 2019. After early success and fame as a sculptor in the 1960s, Roland Piché chose to retreat to his studio and has spent the last 50 years developing his work with an unswerving commitment and free from commercial concerns.

During that time, he has amassed an incredible body of work, including more than 600 sculptures, over 2,000 paintings, and volumes of written material - which Piché refers to as 'Confessions'. This exhibition shows only a tiny proportion of his entire body of work, taking a metaphorical peek into his studio and providing a rare opportunity to gain an understanding of his work, his core principles and influences.


Piché is a Fellow of the Royal Society of Sculptors (FRSS), and, as with some of his rebellious contemporaries, he has refused not once but twice, election as a Royal Academician (RA), although he has exhibited his work several times at the Royal Academy Summer Show.

Now in his eightieth year, Roland Piché can still be found in his studio in Tollesbury, Essex, most days, from where he continues to produce innovative and radical new work.

PRIVATE VIEW: SUNDAY 15 SEPTEMBER, 11am - 1pm. Talk at 11.30am.
A fully illustrated catalogue featuring an interview with the artist, is available on request or from the gallery.

Roland Piché was born in London in 1938, and emerged from the Royal College of Art in the early 1960s. He was immediately recognised as an important new voice and through the New Generation Exhibitions at the Whitechapel Gallery, he was identified and taken on by the leading London art gallery, Marlborough Fine Art. During the years that he was represented by Marlborough, Piché enjoyed numerous high-profile exhibitions and his work attracted a great deal of publicity both within the art world and popular culture; including a portrait of the artist by David Bailey, which was commissioned by and published in Vogue magazine.

Between 1956-1960 Piché was a part-time assistant to Henry Moore whose sculpture has had a significant influence on his life's work, which is complex, reflecting an admiration of American art, together with the humanist European traditions, and formal issues of ancient Egyptian art.

He was for many years Principal Lecturer and Head of Sculpture at Maidstone and Canterbury Schools of Art and was able, throughout those forty years, to research and test both the teaching methods and the nature of art and sculpture.

Piché's work is in many public collections, including: the Royal College of Art; the Museum of Modern Art, New York; the Peter Stuyvesant Foundation; the British Council; Sao Paulo Museum; the Arts Council of Great Britain; and the Gothenburg Museum, Sweden.

In 2013 Piché had a major solo exhibition entitled Road to Canterbury' at Canterbury Cathedral as part of the Canterbury Festival 2013.