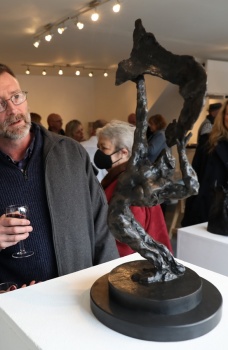 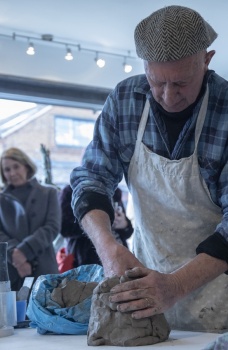 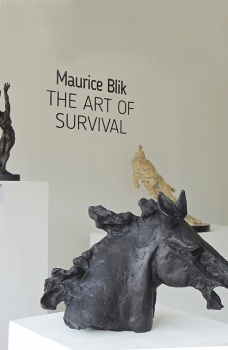 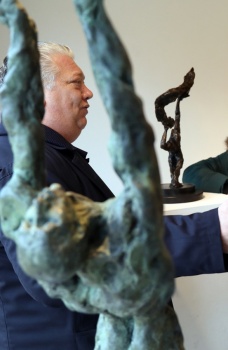 Until the end of June 2022, we continue to display a wide selection of sculpture by Maurice Blik, to celebrate the release of his artobiography, The Art of Survival, published earlier this year.

The Art of Survival is a moving and revelatory account of Maurice's life, of his artistic struggle and finally, of his triumph over adversity. As Maurice's story unfolds, so clues from his past emerge, providing a unique insight into the development of his work and his artistic process.

In his memoir, Maurice (83), pieces together the fragments of his early life in a Nazi concentration camp, and explores a new found understanding of how his past has informed the powerful, life-affirming sculptures for which he is best known.

Born in Amsterdam in 1939 to an English mother and a Dutch father, Maurice's early years were spent under Nazi occupation. At the age of four he, his pregnant mother, and his sister, were separated from his father (whom they would never see again) and interned at Bergen Belsen concentration camp in Germany, where they experienced the horrors of the Nazi regime at first hand.

'I have never been able to talk about my work because the sources were too painful for me to contemplate,' Maurice explains. 'It has taken me a lifetime to fully acknowledge the connections and to be able to take ownership of the narrative, which has liberated my work and released my internal imagery.'

In this artobiography, Maurice provides a new perspective on his childhood experiences, exposing his life and memories in previously unpublished detail, and charting his journey from a 5-year-old in Bergen Belsen to becoming a celebrated sculptor.

'Maurice's story is so much more than a compelling contribution to the first-hand record of those dark times.' From the Foreword by Natasha Kaplinsky.

Published by HEAVYPRESS iNK, each limited-edition hardback book with slipcase, is individually numbered and signed by Maurice. Books are available to purchase direct from the gallery (£55), or to order via a link on Maurice's website: www.mauriceblik.com.