The Red-breasted Goose is globally threatened and classified as endangered on the IUCN Red List. It breeds in Arctic Russia and migrates south and then west to winter around the Black Sea. Hunting is a major threat preventing the birds from settling and feeding in winter, which is crucial before their spring migration. Whilst it is protected, it often forms mixed flocks with Greater White-fronted Geese (a legal quarry species) and therefore many are shot accidentally. Other threats to survival of these geese are loss of habitat due to increased tourism and wind farm developments along the Black Sea costal zone in recent years, as well as disturbance from oil and gas operations which could affect the species' breeding grounds. Agricultural changes, favouring crops such as grapes, vegetables and sunflowers, have also affected the birds' favoured diet of wheat.

The WWT has long been involved in the conservation of this species and significant progress was made in 2010 with the completion of an international action plan. 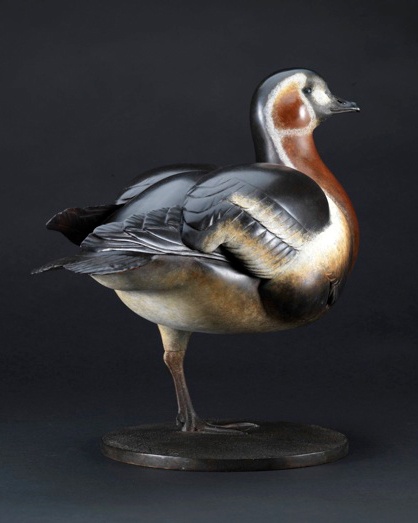