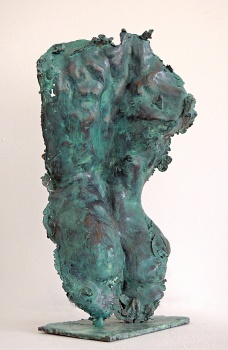 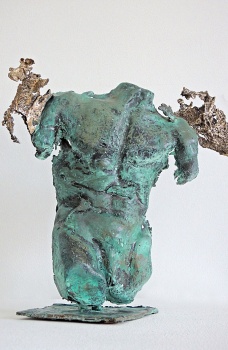 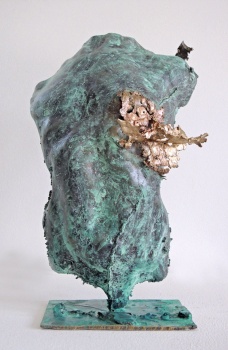 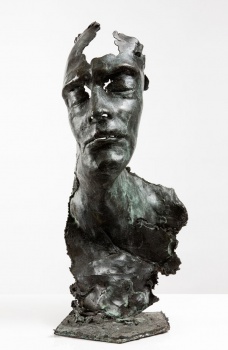 An exhibition of sculpture by two talented emerging Essex artists.

Lucy Lutyens, a descendant of the renowned architect, Sir Edwin Lutyens, graduated from Colchester School of Art as a mature student in 2006 and then spent time honing her skills as a pupil of Miles Robinson in Suffolk. Lucy lives and works on a medieval farm in Great Tey, and finds inspiration in her immediate landscape and the history of the clans who have worked the land since the Bronze Age. Her fluid sculptures are often derived from abstracted female or bird forms and found objects.

Simon Bacon works from his studio in Wivenhoe, having graduated in 2013 from Colchester School of Art with an MA in Sculptural Practice. He is enjoying a meteoric start to his new career as an artist with sculpture which is influenced by over twenty years as an Osteopath and four years research in psychology. His distinctive bronze sculptures symbolise themes such as body and mind, consciousness, healing and transformation, embracing all elements of the casting process as an integral part of the finished work. The result is sculpture which reveals the making narrative and at the same time references the human skeletal structure and psyche.

Sculpt Gallery will be taking selected work from this exhibition to The Affordable Art Fair, Battersea, London.
Simon Bacon
Back III
Bronze
Sold