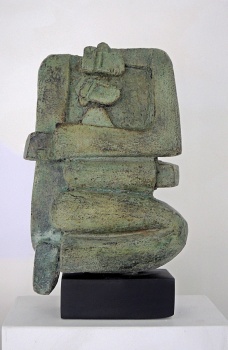 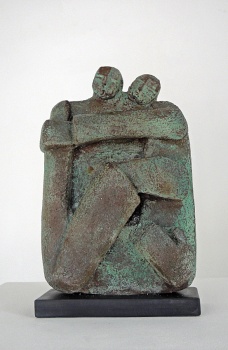 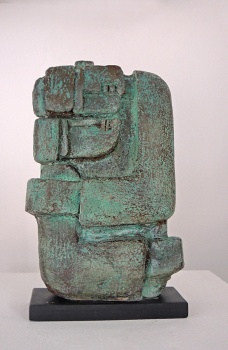 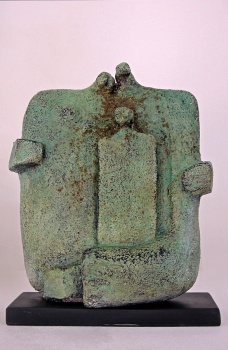 Visit our online shop to purchase available artworks by this artist.

Peter Hayes is one of the leading exponents of his art and his sculptural ceramics have earned him recognition as a Fellow of the Craft Potters Association (CPA).

Peter's ceramics are heavily influenced by his extensive travels to Southern Africa, India, Japan, Korea, New Zealand, Australia, Egypt and Western Europe, as well as found objects which he first started collecting as a boy, and the Cornish landscape - where his artistic career first began. Throughout his travels he has worked with indigenous craftsmen, learning from their age-old techniques, often using the most basic materials and tools.

Peter's sculptures are primarily concerned with the opposites of rough and smooth which he creates by building up layers of textured clay and then burnishing and polishing the surfaces. Weathering is an integral part of the process which he does by tethering and submerging his work in the River Avon in Bath, where he has had his studio - a converted toll bridge lodge - since 1985. The river salts help to oxidise the copper in the clay and transform the finished pieces with surfaces of blue/green, verdigre and red ferric. The work which emerges is entirely unique, vibrating with life and enthusiasm - a reflection of Peter's own character.

Peter Hayes exhibits widely throughout the UK and his work is regulary featured at Ceramic Art London (Royal College of Art). His work is in major public and private collections throughout the world, including the Scottish National Gallery, Edinburgh; the Museum of Modern Art, Kingston Jamaica; the Gardner Collection, Toronto; the Museum of Modern Art, Brussels, Belgium; the Siber Collection, California, USA; and the JB Speed Museum, Louisville, KY. He has also undertaken numerous public and private commissions.