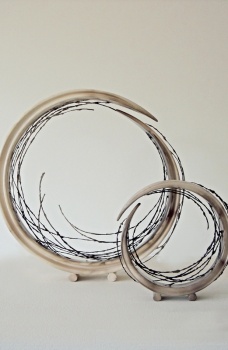 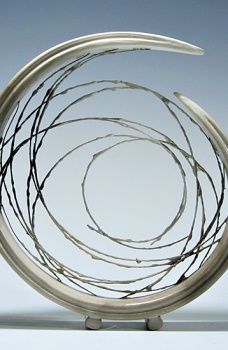 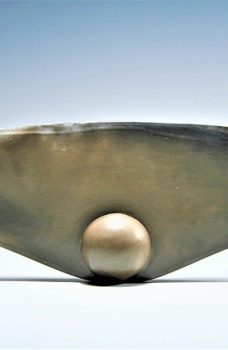 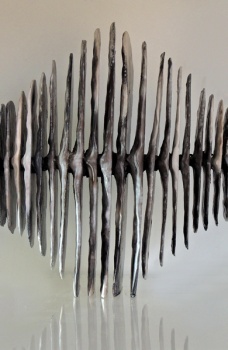 Antonia Salmon is recognised as one of the foremost contemporary ceramicists in the UK?today. She is a Fellow of the Craft Potters Association and exhibits extensively throughout Britain and internationally. Her work is in public an private collections in the UK, Europe, USA, Japan and China.

Antonia's dignified, sculptural ceramics combine translucent smoke-fired finishes with bold, abstract shapes, and a tension between control and the unpredictable nature of smoke-firing. Her work is inspired by the landscape and natural forms, archaeological artefacts and 20th century sculpture (particularly Barbara Hepworth).

Each sculpture is hand-built and burnished by hand. The finished surfaces are often highlighted with subtle textures resulting in a quiet simplicity and sense of order. Her work generates a tension and energy between the meticulous control of her sculpted designs and the unpredictable nature of smoke firing.

An interest in landscape and archaeology first led Antonia to study Geography & Geology at Sheffield University and then to train in Ceramics at Harrow School of Art. She spent a year travelling and painting in the Middle East and India before setting up her first workshop in London, in 1985. In 1989 she moved to Sheffield in order to be closer to the landscapes which inspire her.