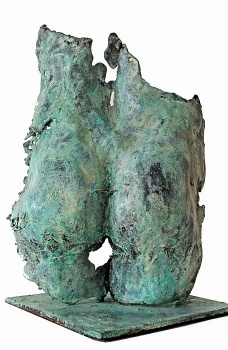 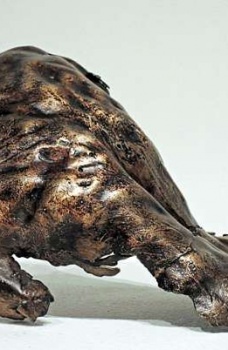 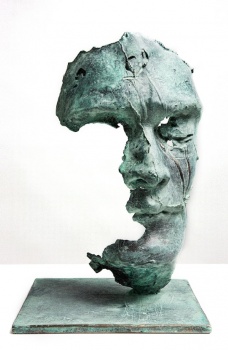 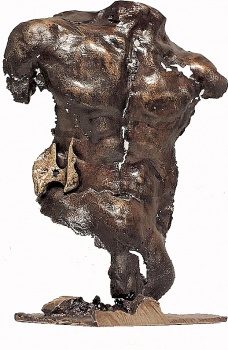 Local artist, Simon Bacon, graduated from Colchester School of Art (MA in Sculptural Practice) in 2013. Since then he has exhibited his work in major art fairs in London, and is a regular exhibitor at Sculpt Gallery, where in 2014 he had a successful two-artist show with Lucy Lutyens (Simon Bacon & Lucy Lutyens: Shaping the Future).

His work is influenced by over twenty years in practice as an Osteopath and four years postgraduate research in psychology. Simon's understanding of the body and its physical expression of emotional states provides the basis for the representation of themes such as the mind-body connection, consciousness, transcendence and transformation. His bronze sculptures appear almost ancient, with eroded and fragmented surfaces symbolising the boundaries that exist between the often fragile inner and outer self.

Simon's work is initially modelled in clay before undergoing the traditional lost wax method of casting in bronze. During the casting process the element of chance is embraced as a vital facet of the finished work, so that flashing and risers, usually removed in the finishing process, become an integral element of the sculpture. This 'making narrative' enhances the honesty and integrity of his sculpture and references both the skeletal structure of the human form and the development of the psyche.
Simon Bacon
'Callipygian'
Bronze
Sold