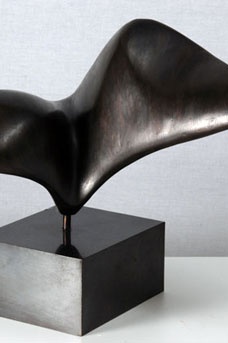 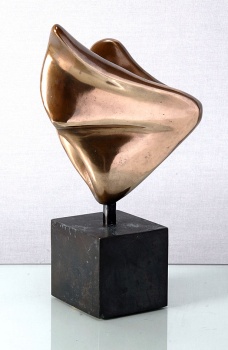 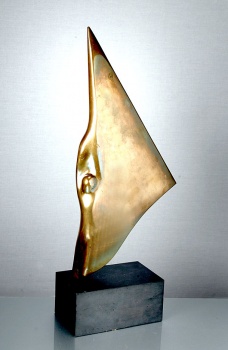 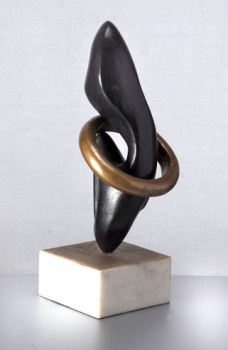 Born in 1924 in Czechoslovakia, Naomi Blake survived the most infamous German concentration camp, Auschwitz, and subsequently joined the Women's Division of the Israeil Defence Force, where she rose to become Sub-Lieutenant. In 1952 she left Israel to re-join members of her family and settled in London, having married a young German refugee.

With only a basic grasp of English and no qualifications, Naomi embarked on an art school education at Hornsey School of Art, Middlesex. She began with ceramic pots and portrait sculpture, progressing to figurative and then abstract work. Sculpting in clay and polystyrene for casting in bronze, Naomi's sculpture is strongly influenced by the work of Henry Moore and Barbara Hepworth.

Despite her experiences, her art affirms human values, developing through a cycle of embryonic forms, enclosed and protected figures, to more open figures which "stand against all adversity and spread their free wings".

Naomi Blake exhibited at the Salon de Paris in the 1960's and was elected a Fellow of the Royal Society of British Sculptors in 1993. She has more than 50 sculptures in the public domain in the UK and Israel and her work is in many private collections.

In 2014 Naomi's daughter Anita Peleg produced a book, 'Dedication in Sculpture', to celebrate her mother's 90th Birthday and to accompany a solo exhibition in London. The book illustrates a comprehensive collection of Naomi's sculpture, produced over a lifetime. Copies of the book may be purchased on request.

Naomi's work was exhibited at Sculpt Gallery in 'The Art of Casting' exhibition in 2015.
Naomi Blake
'Bird Form I'
Bronze
Price: £1,400